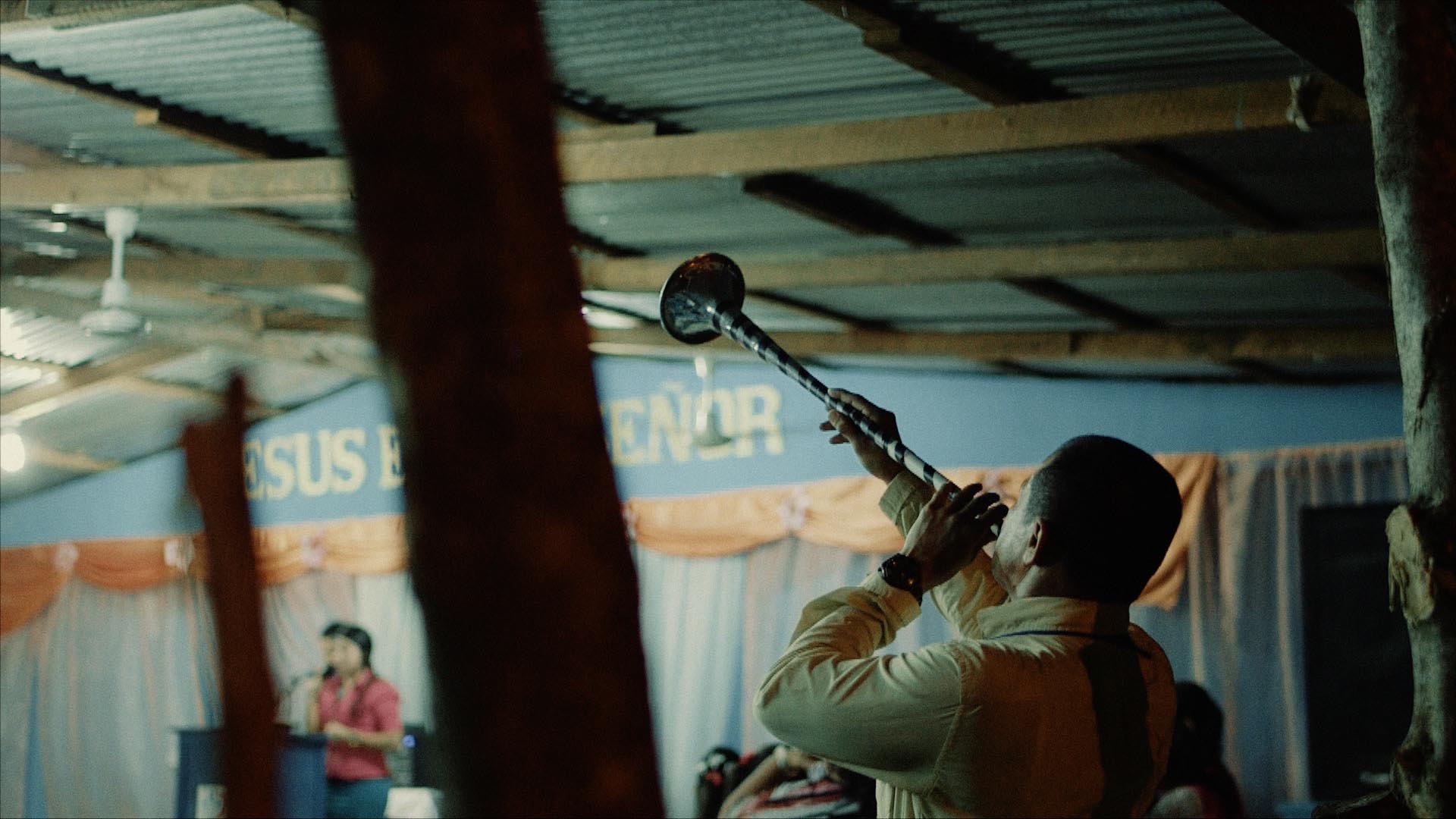 BREAKDOWN OF A SCENE. MAKING THE ENEMY VISIBLE.

By Armando Guerra Our film begins with a Garifuna man in hiding, narrating how he escaped being killed by a sicario, a hitman. Throughout the documentary time and time again we hear the stories of people getting shot dead by hitmen, gang members, the police or the army. The reasons seem trivial. You can die a violent death in Honduras for opposing a politician, a business interest, refusing to pay an extortion fee or being at a place at the wrong time. A la Cortazar in the short story “La Casa Tomada” (House Taken Over) we never saw the executioner’s hand in our documentary. It was too risky for us to try to get access to the gangs. When you are around them, circumstances can change with the flip of a coin. The danger is very real, but we got lucky and found “Diego,” a reformed gang member. Gerry smartly linked his appearance to the taxi driver, another victim of the maras (gangs) and their ruthless extortion tactics of regular people. The core idea behind my editing of this sequence was to play with layers of ambience, music and dialog and also with the absence of such layers. The sequence kicks off establishing where we are with aerial shots of San Pedro Sula, the world’s most dangerous city. it is not a pretty place, not only because of the crime rate, but literally: the architecture follows no style, the urban planning is chaotic , the grey cityscape is filled with fast-food signs, barbed wire tops the walls around condos. From the aerials and the city sounds we descend to a poor neighbourhood, dirt streets, rural ambience.

It is working class Hondurans living in the very outskirts of San Pedro Sula. It is not a gang-controlled area. It is so poor not even gangs are interested. You just don’t extort everywhere. The sequence was originally longer with Diego explaining in more detail about his love of the gang. We recut it to get to the point faster. He describes one of the murders that haunts him and clarifies that the love for your gang is more powerful than any money you might make. This scene is so grainy. Sometimes we can’t do much about low light. The sun started stetting and we were on 2.8 lenses on the Canon C300s. I suffered seeing the grain on my viewfinder, but this is the nature of documentaries. Conditions change rapidly. You adapt the best you can. We couldn’t stop to bounce lights off walls. So grainy it is and I even added more film grain using Film Convert. We transition into a church scene. I show the surroundings with three shots, but anticipate the Evangelical service part by letting a woman’s voice thank God under the street shots. She barely pauses, it’s like a rap that blends to the music. I let the music track run through the entire sequence driving a somewhat repressed tension, but letting Diego speak his mind. He has changed and part of his change is accepting who he was not long ago. Religion is a huge helping hand. Maybe his way to cope with the past. There is a brief moment in which he was praying, but I removed the audio and just let ambience and music lead the scene. I felt it was more powerful without hearing Diego actually praying, the gestures express everything and the dialog with Gerry reveal a very dramatic reality. Music wise, I could have gone with a slower track with less notes, but instead I went for a pulsating song to push forward the scene. Here’s a version of the sequence without the music.

We could have had Gerry say, now Diego is reformed, but it is a much richer experience to show him at his church service at night. The neighborhood girls wear Disney princess dresses and sing in a choir. For intensity, I took his exchange with Gerry and ran it under the service visuals. I wanted to contrast the visuals with his answer about having blood on his hands. It was a man’s past catching up to his current self. Furthermore, Diego seemed to be guarding the entrance, greeting everyone, neighbours, children and the elderly. He stayed there all the time holding that trumpet like a former harbinger of death now turned into a symbol of a possible future.