He was here before me. I grew up listening to his tales. Being lost, being told he would never make it, learning to love the cold, dating a general’s daughter. She was so blond. They looked so blond and foreign in the black-and-white pictures. The strong vodka and the smoking. Learning basic Russian in Minsk for almost a year and being sent off to Ukraine to earn his agricultural degree. A poor farmer’s son, barely 18 years old. He was studying in Havana and he was asked if he wanted to become an agricultural technician. He said yes and he boarded the SS Admiral Nakhimov, dressed as a miliciano with a typical Cuban hat. He was told they would all get proper clothes in the Soviet Union. He packed everything he owned and shipped it off to his home in Guayacanes, a small settlement in the middle of nowhere in central Cuba. The journey lasted a month. His family freaked out. They thought he had died. American war planes passed overhead, scaring them. A Russian submarine escorted them from the Azores onwards. It was the Cold War. He never asked his father for permission. On arrival, he sent a telegram home, “I’m fine. In quarantine in a hospital. Smallpox outbreak on the ship. I’m in Odessa.” This is how my grandfather learned where my father was. It was 1962. Two months later the world would wake up to the Cuban Missile Crisis.

Following in my father’s footsteps, I headed for the Russian capital in late 2019. I had more luggage than my dad. Mostly cameras and lenses. And plenty of winter clothes. Like him, I was excited. And like him I was impressed by the city. Although you feel the hand of power, in Moscow you also feel the hand of history and the inventiveness of the Russians. I went to the Moscow Air Show there. President Erdogan from Turkey and President Putin were attending. Erdogan upsetting NATO, Putin happy to upset whoever in the West. And they didn’t disappoint. Like the valkyrie scene in the film Apocalypse Now, the presidents arrived in helicopters. In perfect formation they landed. I sighed at the testosterone hovering in the air and started checking out the show. I love drones. As a filmmaker. As I eyed the models, I realized that some of these drones were meant to shoot missiles and to spy. I could see here examples of some of the bombs being dropped in Syria. A war supermarket of sorts. In fairness, I also saw many wild aircrafts of diverse shapes and uses. Heat sensors and aerial weather stations. I met with some folks from Russian Greenpeace shopping around for drones to spot fires. Ah, yes, this is the reason I was here. To make a film on the wildfires in Siberia.

In 2019 Siberia was burning more than ever. The news covered amply the fires in California, Australia and the Amazon. The fires in Siberia were bigger, but since it was very hard access  the area, there was limited news coverage. It was next to impossible to get to the fires. We called several people. No, no helicopters were allowed to land near the fires. Too risky. Or not allowed. Another said, I can take you on my airplane for two fresh human livers and a beating heart inside a diamond cup, but still we can only fly over the fires. Since I needed to be in the ground talking to people his offer was useless. I had travelled from so far only to see the story slipping through my hands.

Then we got a call from the south. The plains in Primorsko-Ahtarsk in Krasnodar Krai were burning, too. Every year a bit more. And now some towns were in danger.  In the absence of government will and due to local interests, the fires were getting worse. Volunteers had decided to join firefighters and civil defence workers. But of course there were tensions. Local politicians said the volunteers were trying to attract attention to themselves while putting the government in a bad light. The volunteers’ camp had been attacked the year before. The police would come every now and then to harass them.

It took two days to drive there. Finally we entered rural Russia. So different from Moscow’s bling-bling and yet at times so familiar to me. Kamaz trucks and Ladas peppered the lonely dirt roads. If not for the buildings constructed to withstand the brutal winters and, of course, the folks walking by, this could have been Cuba. Like props from a movie, poor towns had Socialist murals, Lenin busts and sometimes the hoe and the sickle flag waved at passing cars. The sun beat down on us. Smoke hid the horizon. We were finally in the burning Cossack lands.

Brave is one way to describe the volunteers. At times, quixotic. A happy band of young women and men putting out fires. With a single truck. Each morning at their camp they would take turns on the roof spotting wildfires. Sometimes locals would call alerting them. The day was split into two shifts. There was an outdoor shower. Tents. An improvised kitchen. Walkie-Talkies charging. Live satellite wildfire monitoring. Tools. Fresh and canned food. A cat. A survivalist’s dream. 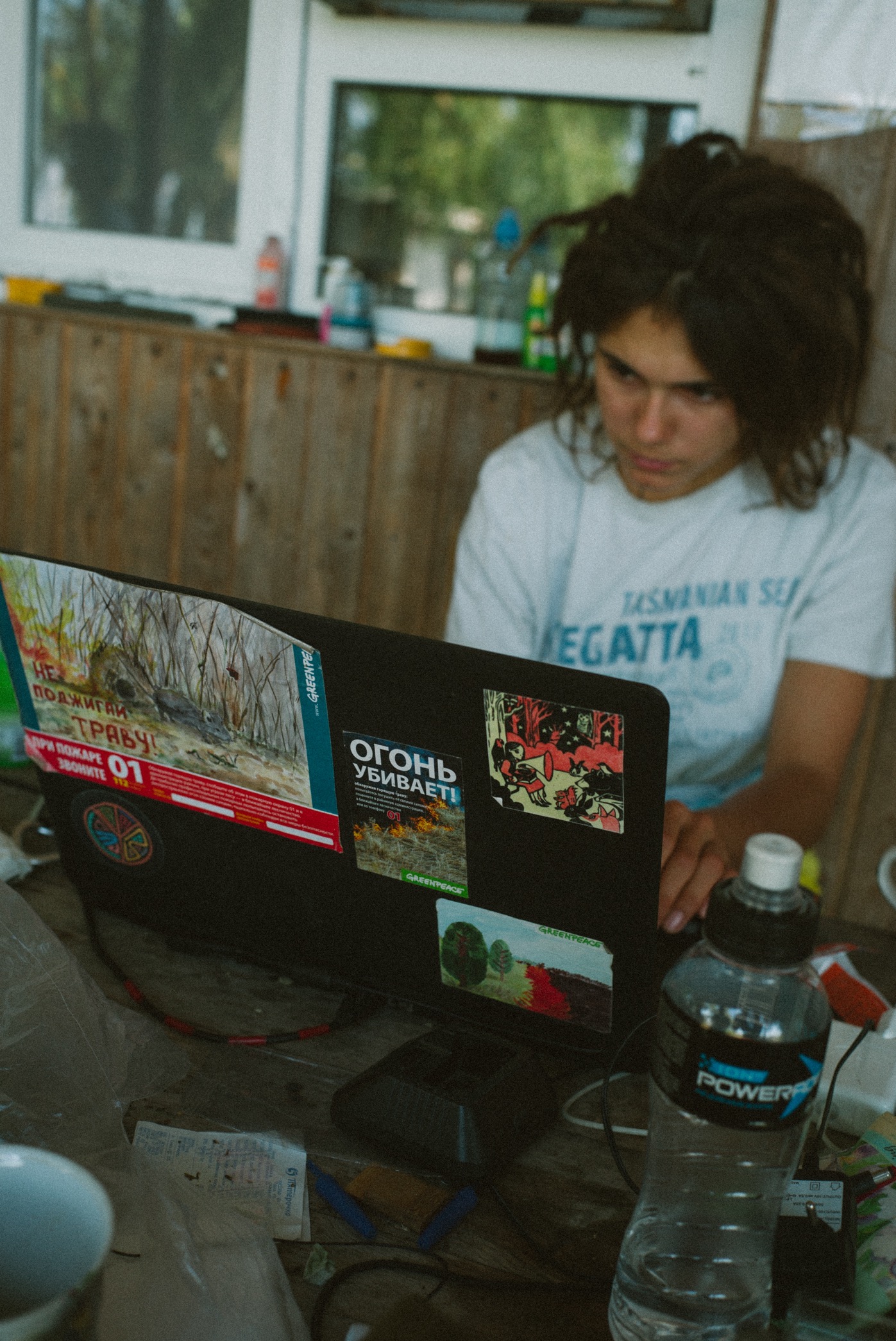 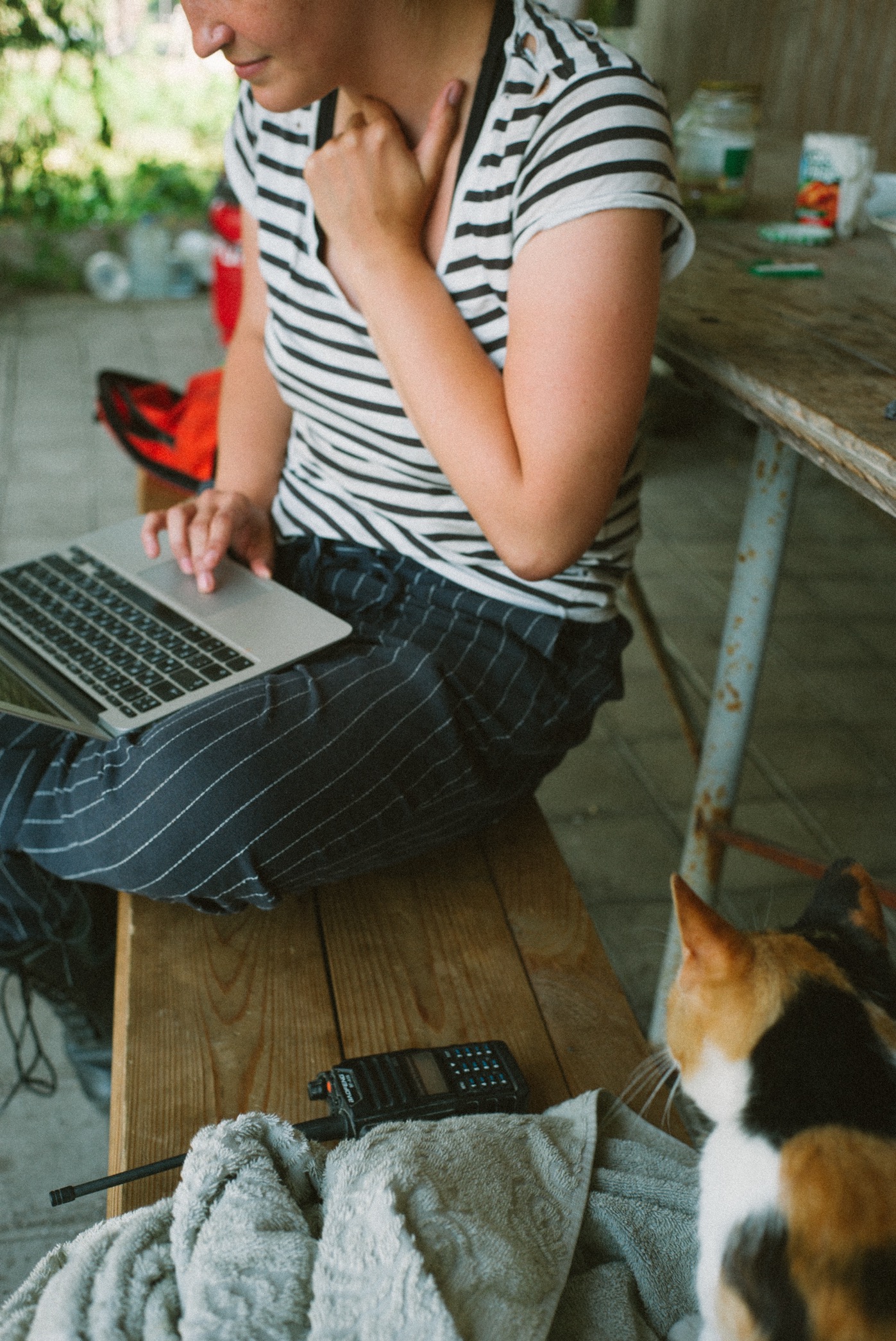 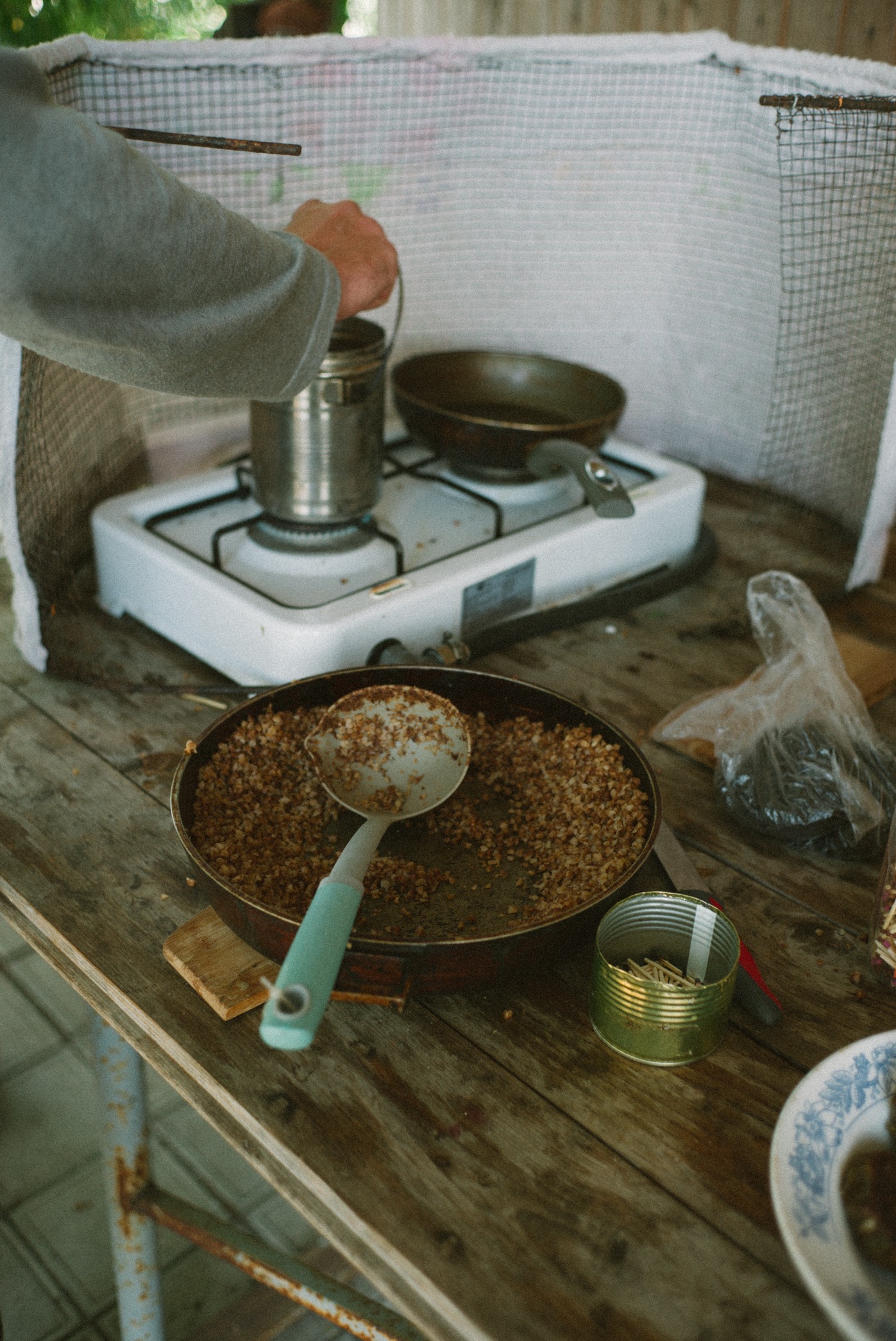 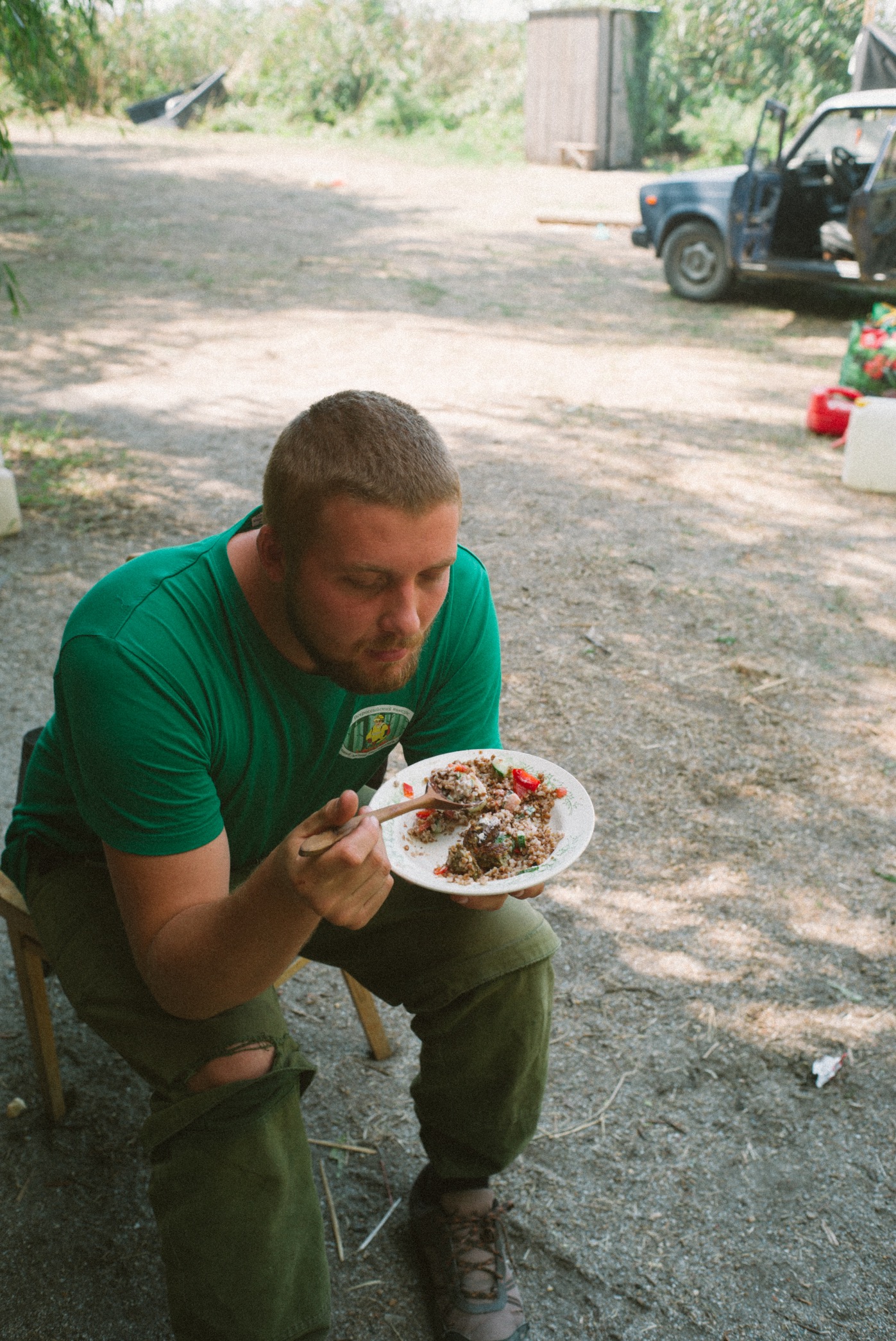 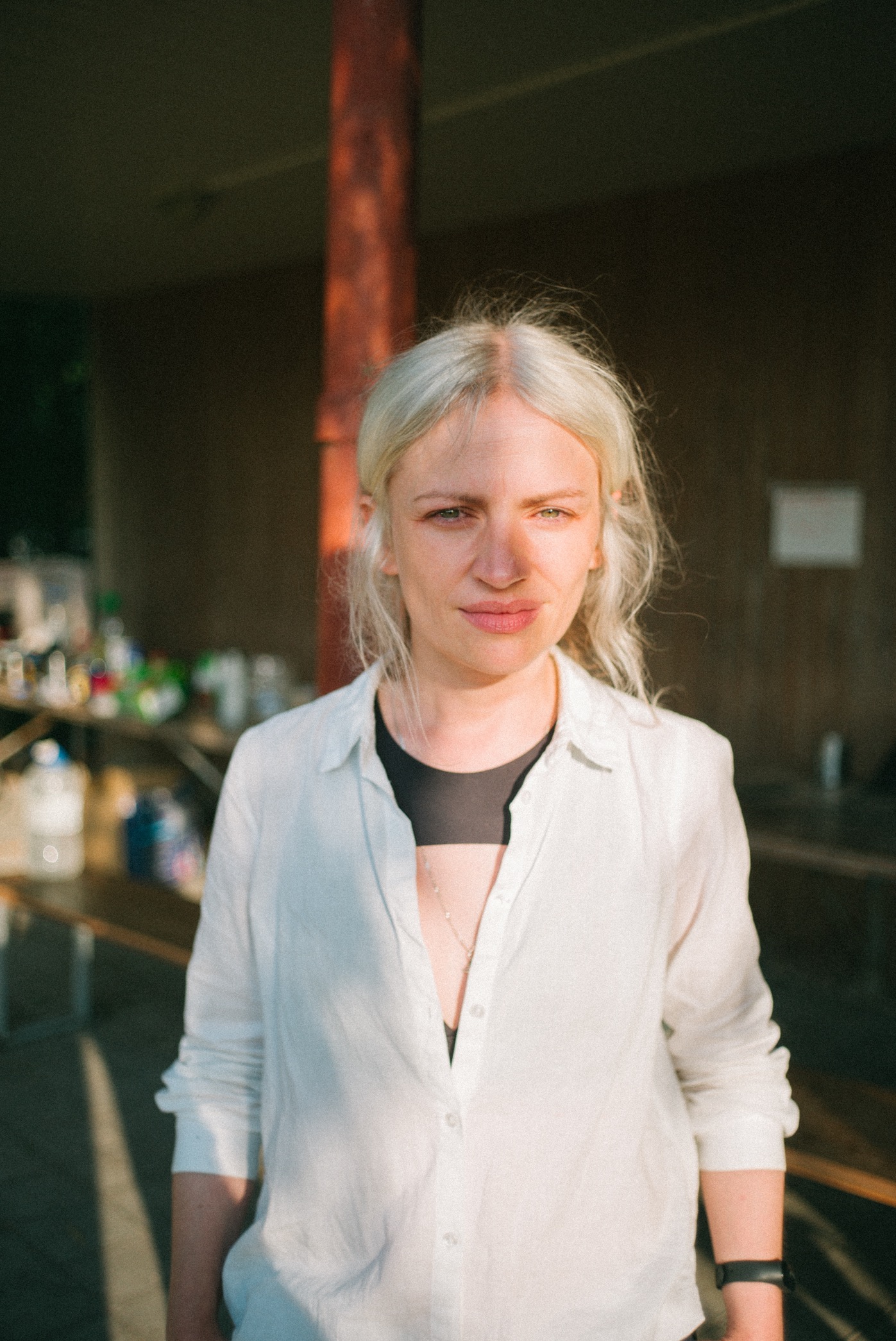 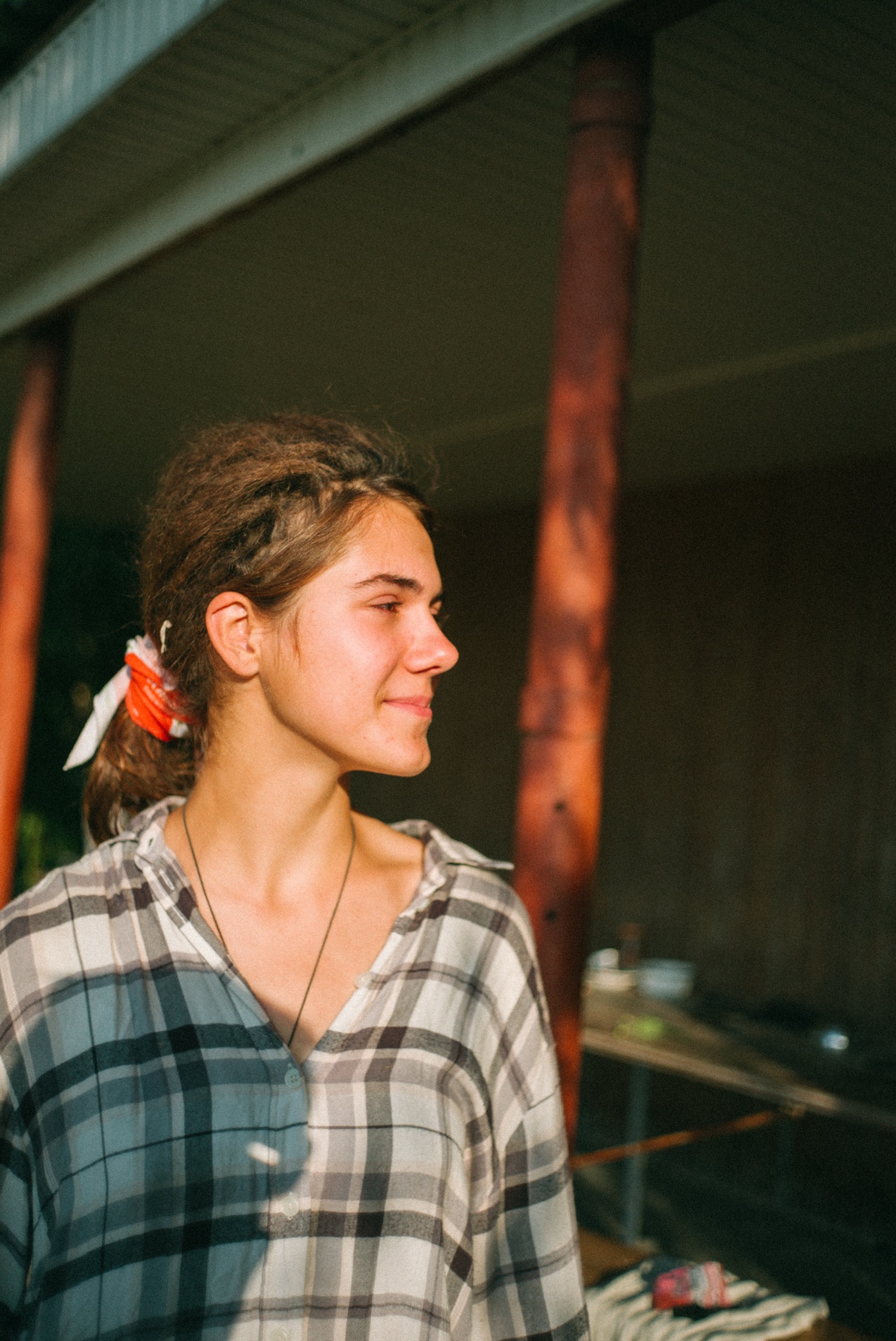 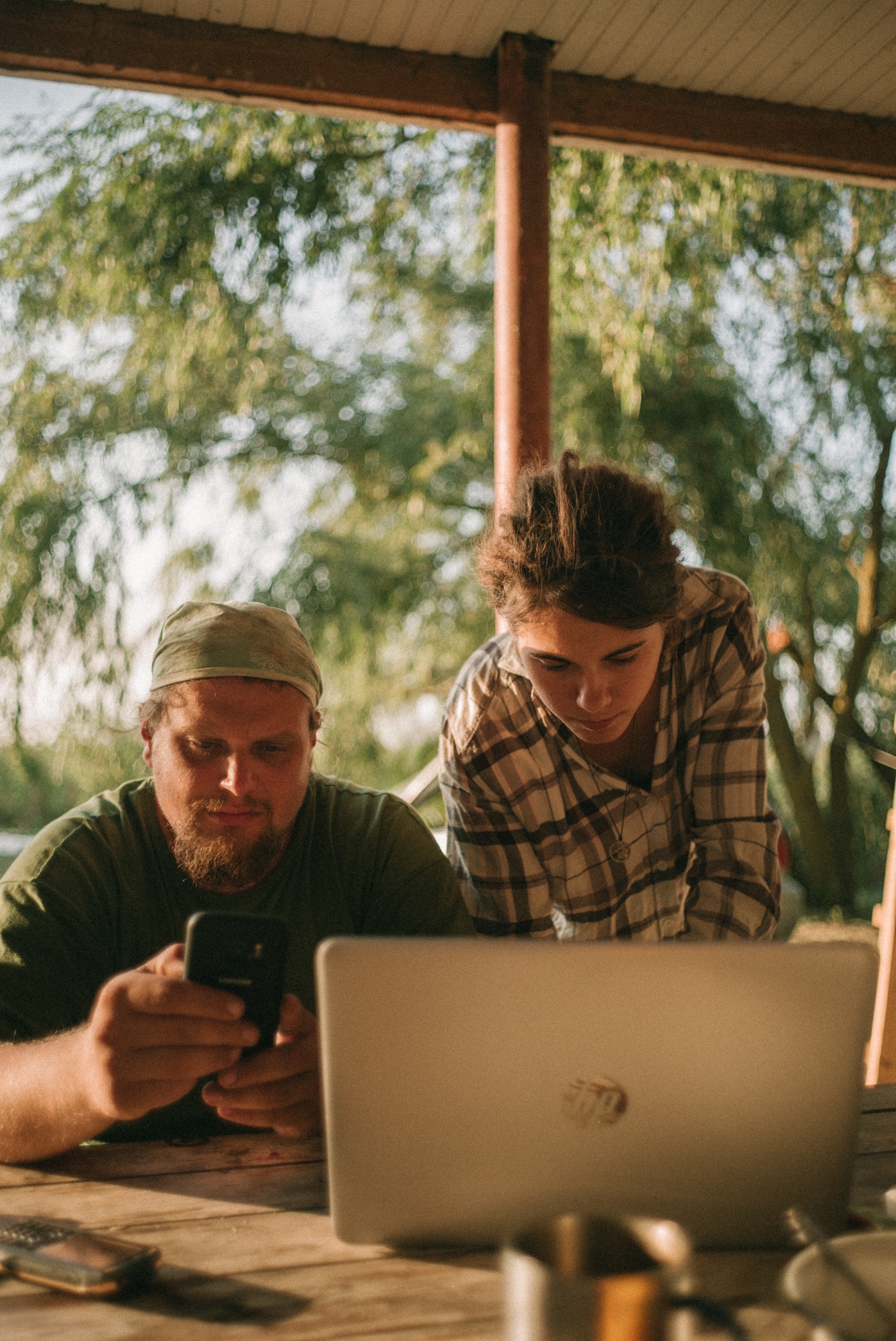 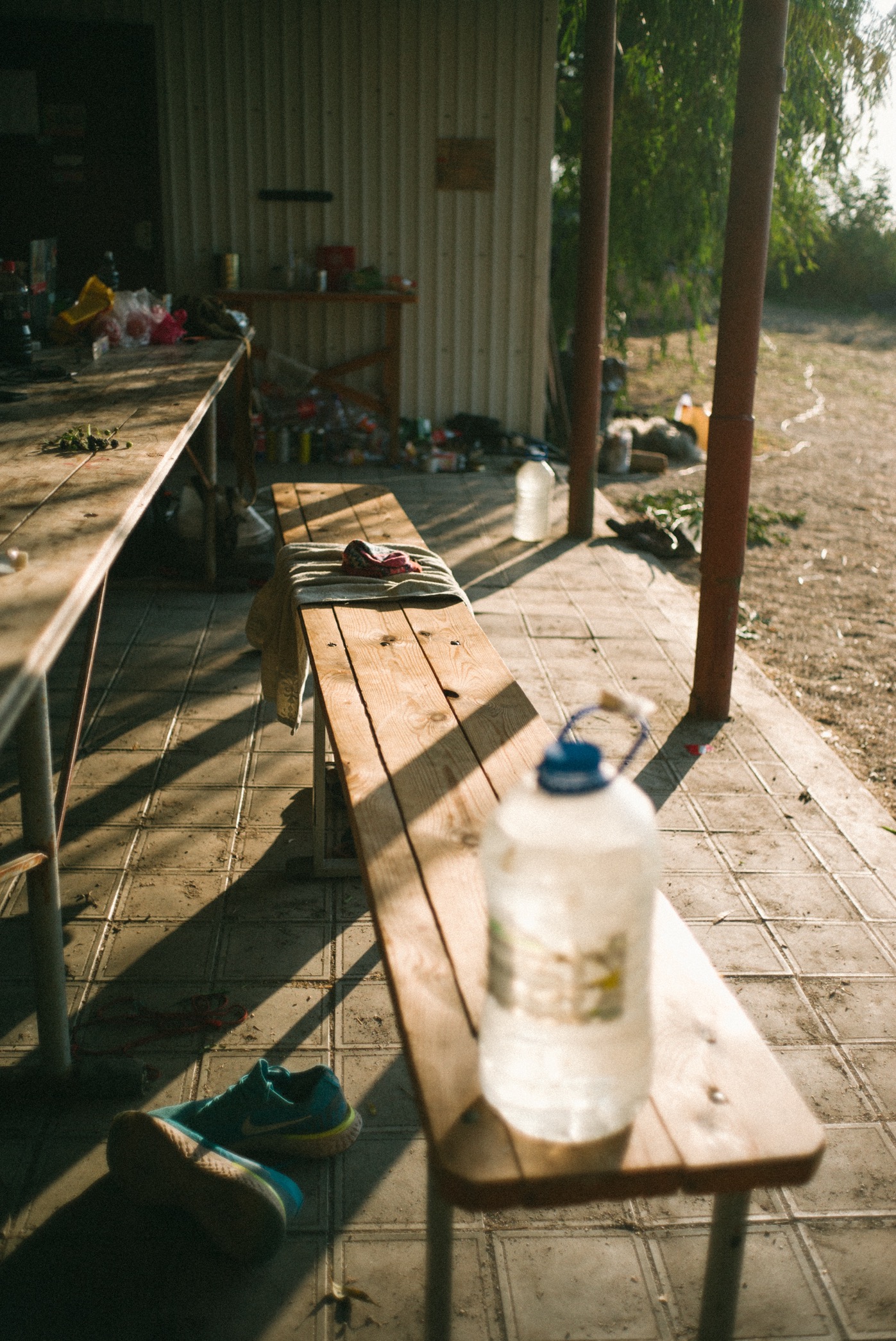 When dad retired he started translating Tolstoy, doing yoga, and keeping a patch of land that supplements food at home. I caught him covered in sweat from hoeing when I video conferenced him on a Sunday. “I’m going to Russia, dad.” I announced. He was truly excited and emotional. His second home. If only he could show me around. “Dad,” I confessed, “I regret hating Russian in school. It would come handy now.” I took a year of Russian in secondary school. And yes, I hated it. Russian was not cool when I was growing up. English was, despite Cubans being flooded with all things Soviet back then. From food to tractors, from motorcycles to architecture, from classics like Battleship Potemkin to Cheburashka the cartoon.

I never learned Russian, but I did learn how to navigate the delicate waters of a Socialist system a la tropicale. At the camp, all these guys and I shared some of that culture and some of the “other” culture: how to survive a system that believes in centralization and looks down on independent acts – like volunteer firefighting. The volunteers here faced fires everyday, but they also faced the suspicion of the local authorities and some of the local people. Disinformation fanned animosity. Nevertheless, when the fires got really ugly they were welcomed. 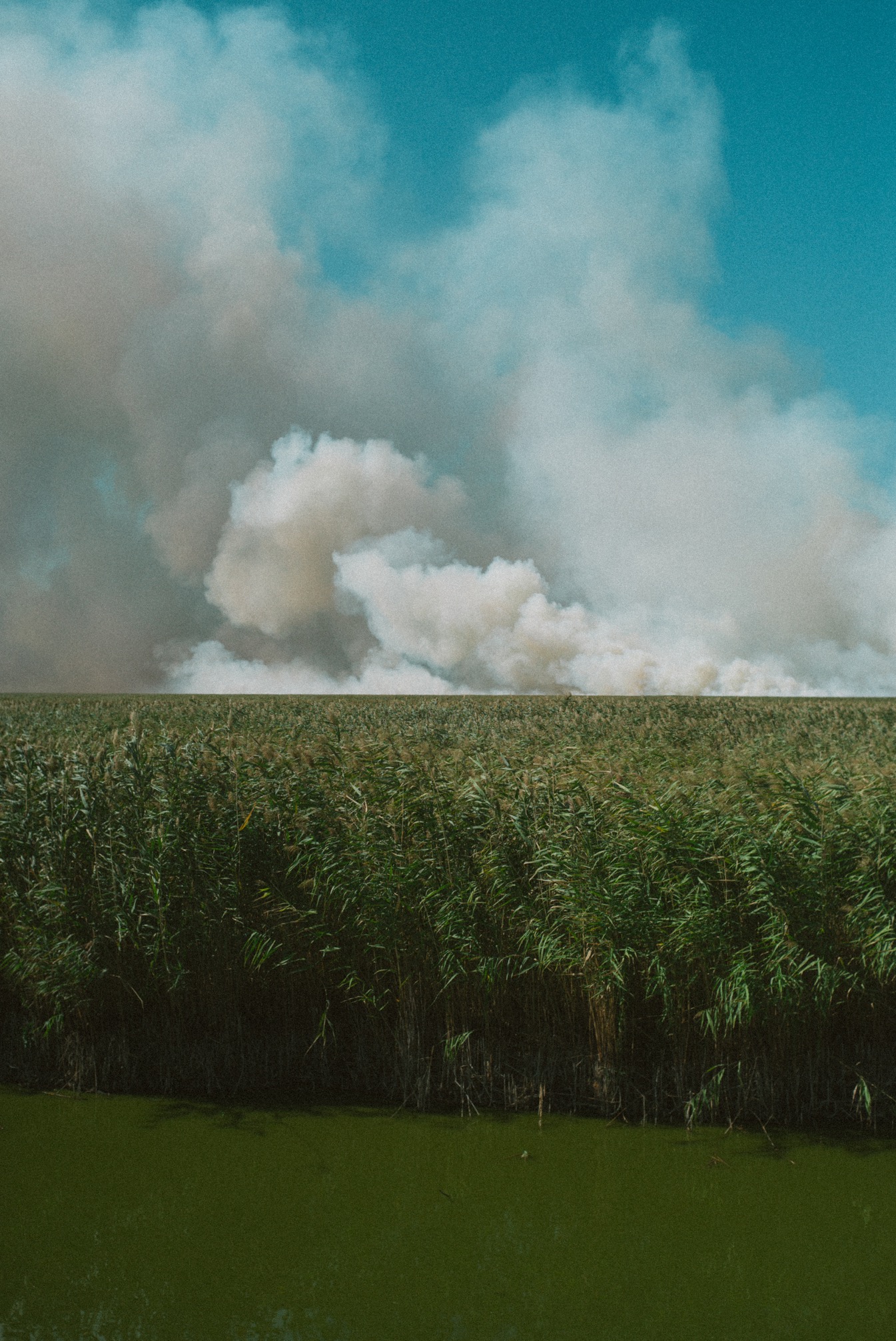 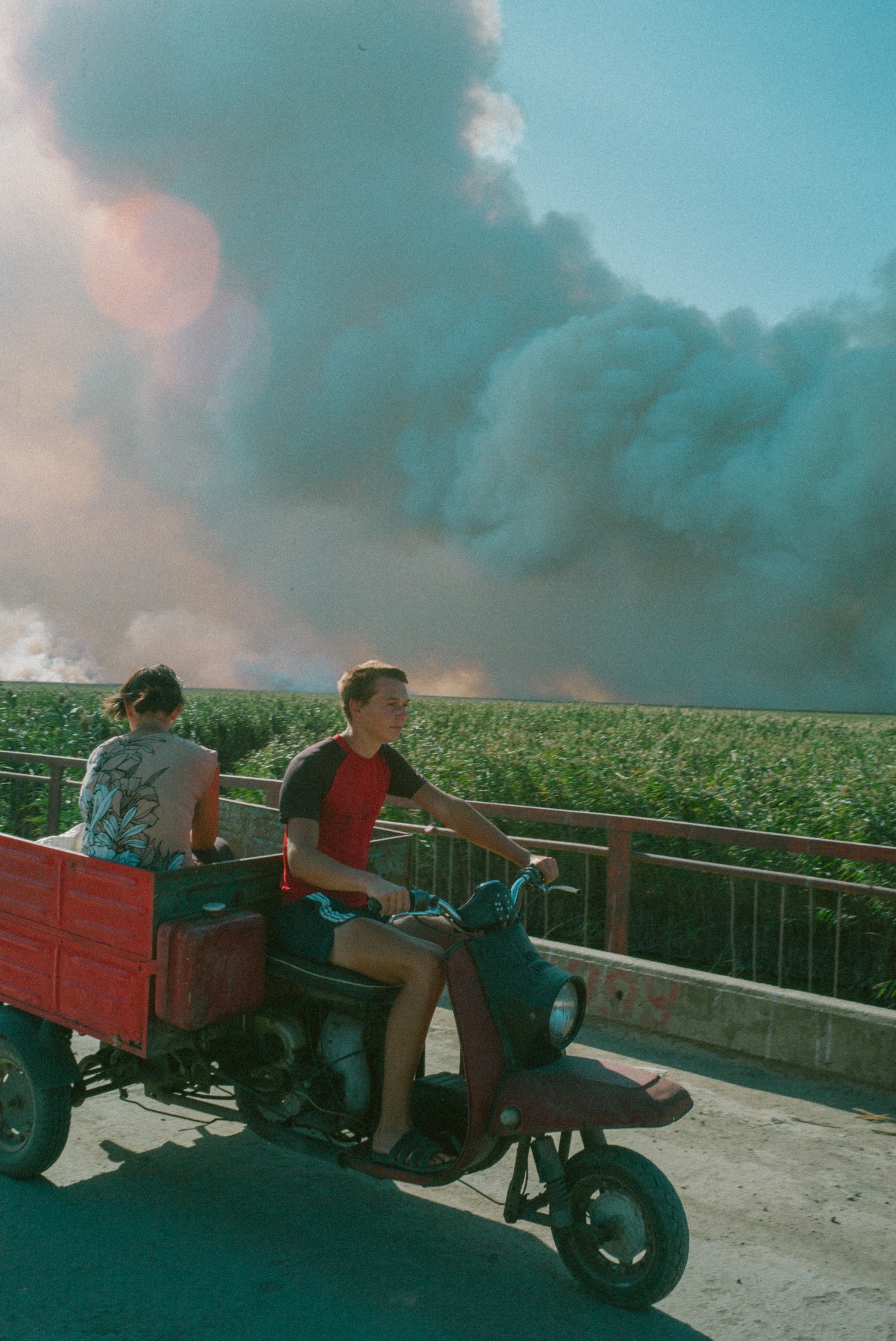 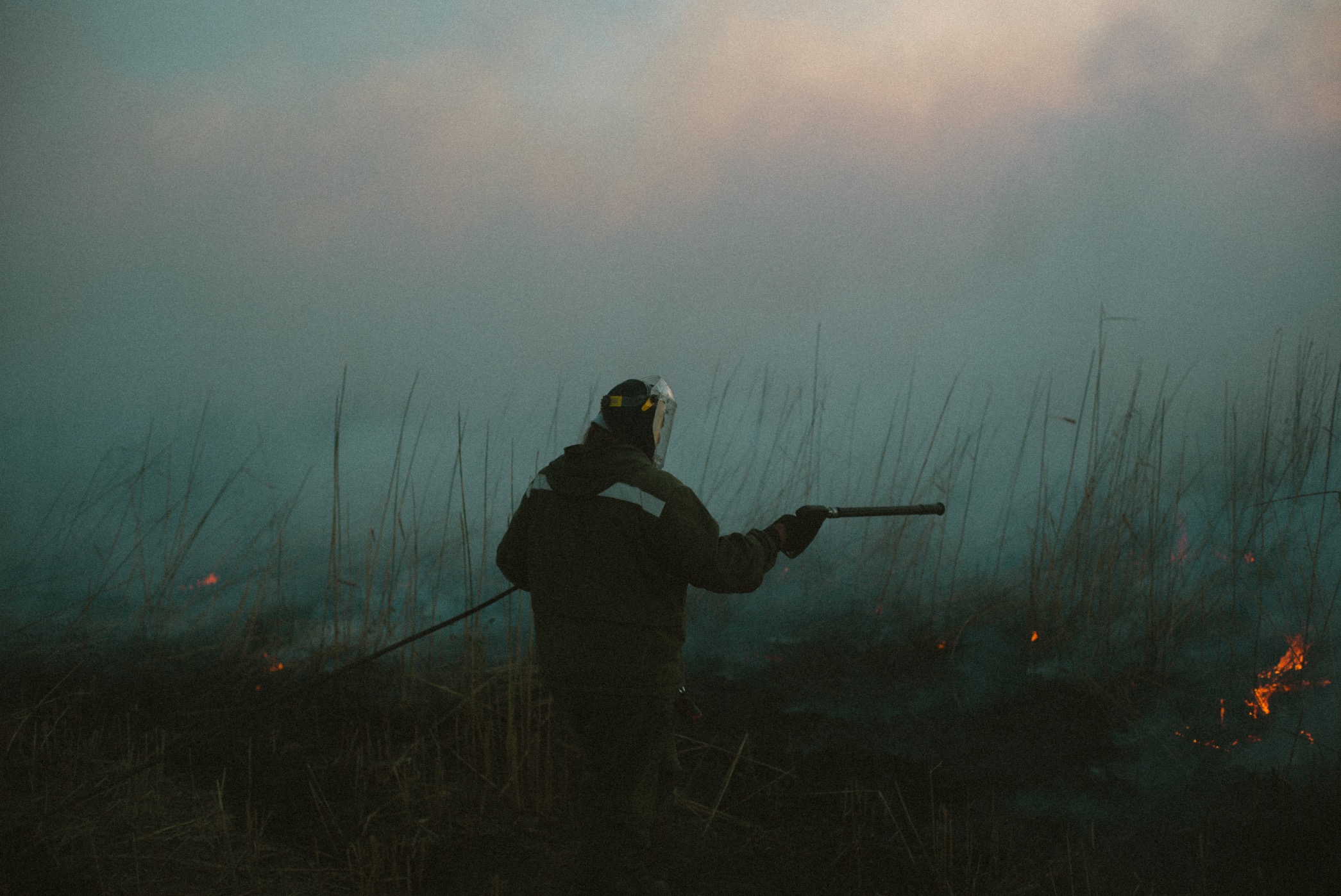 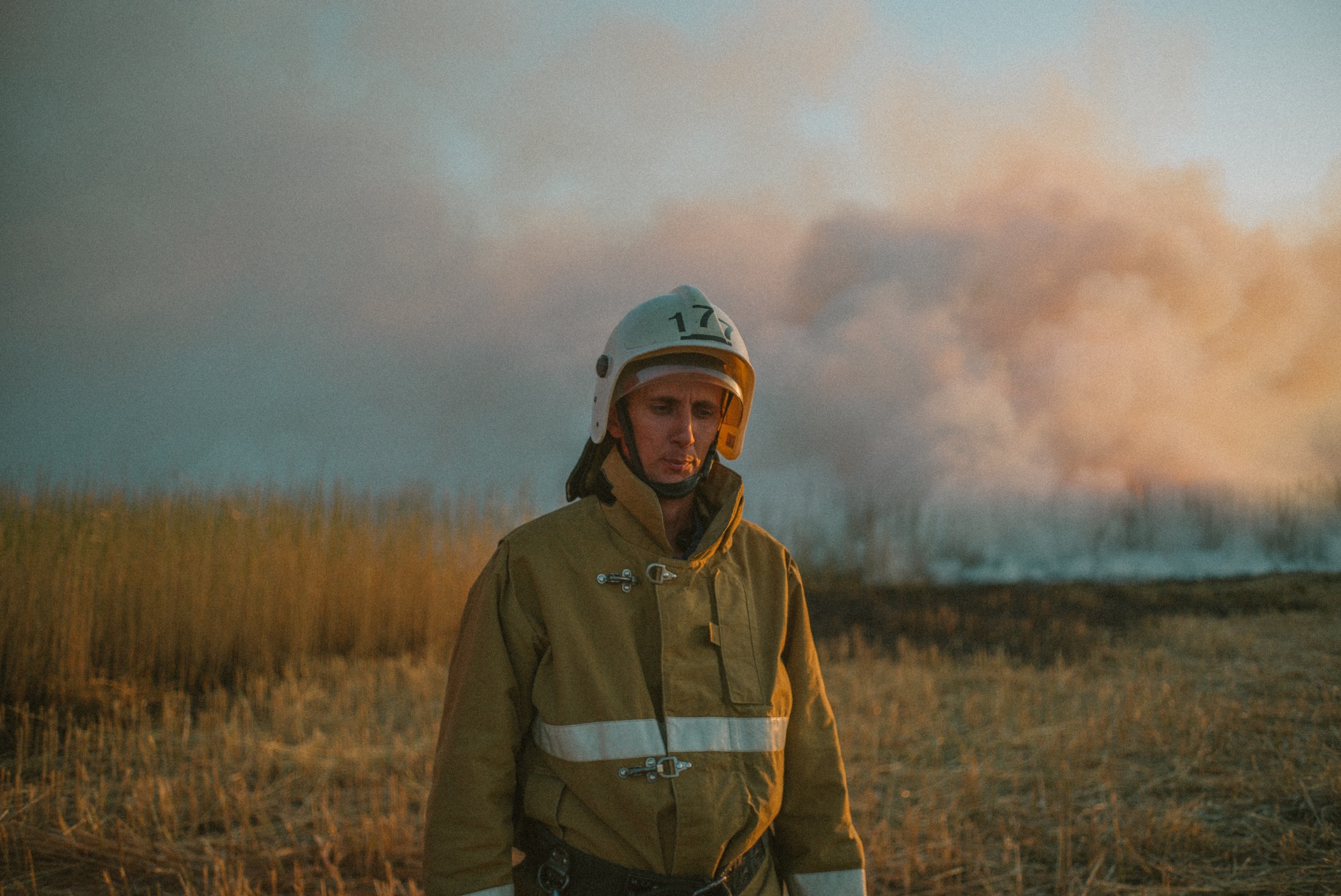 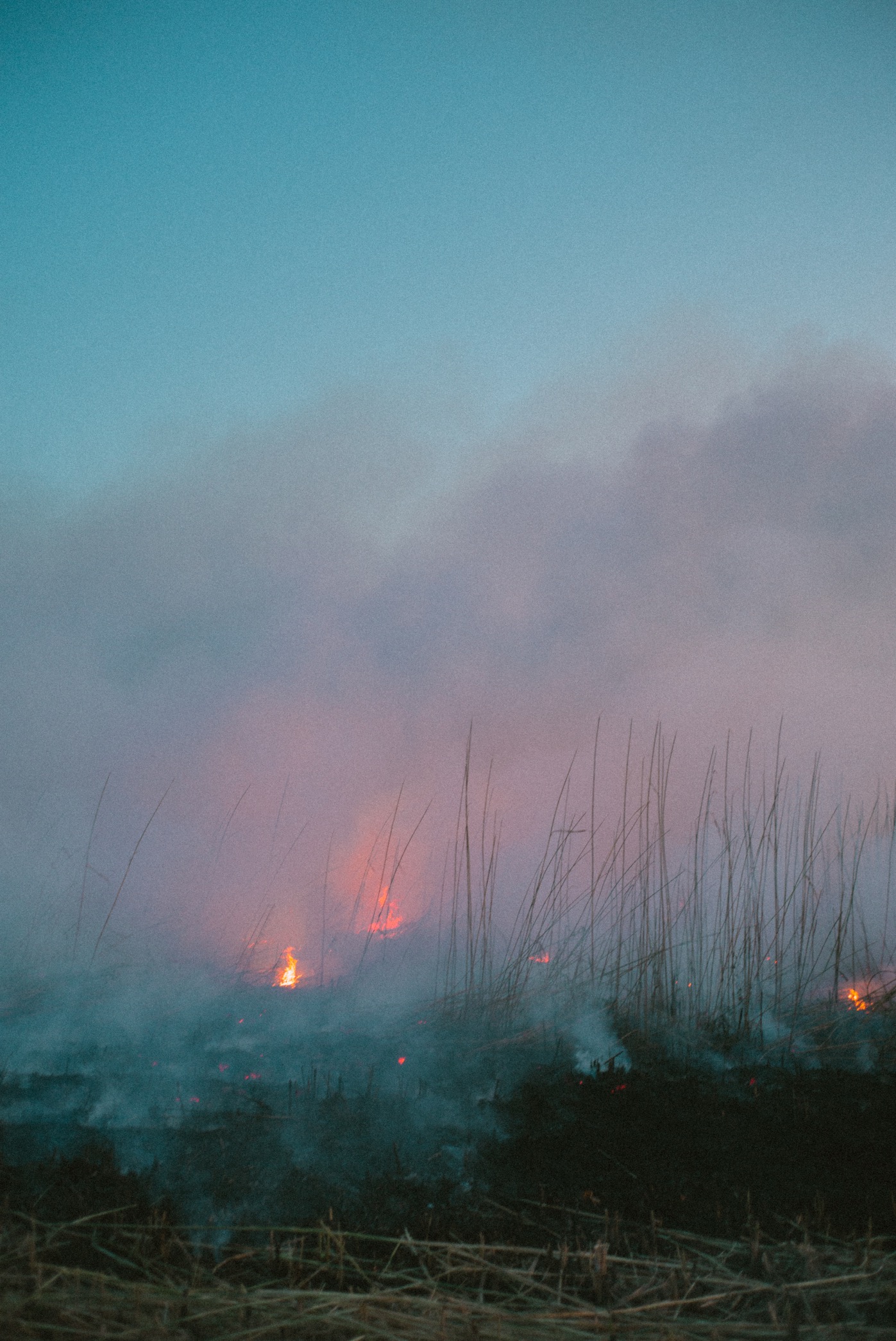 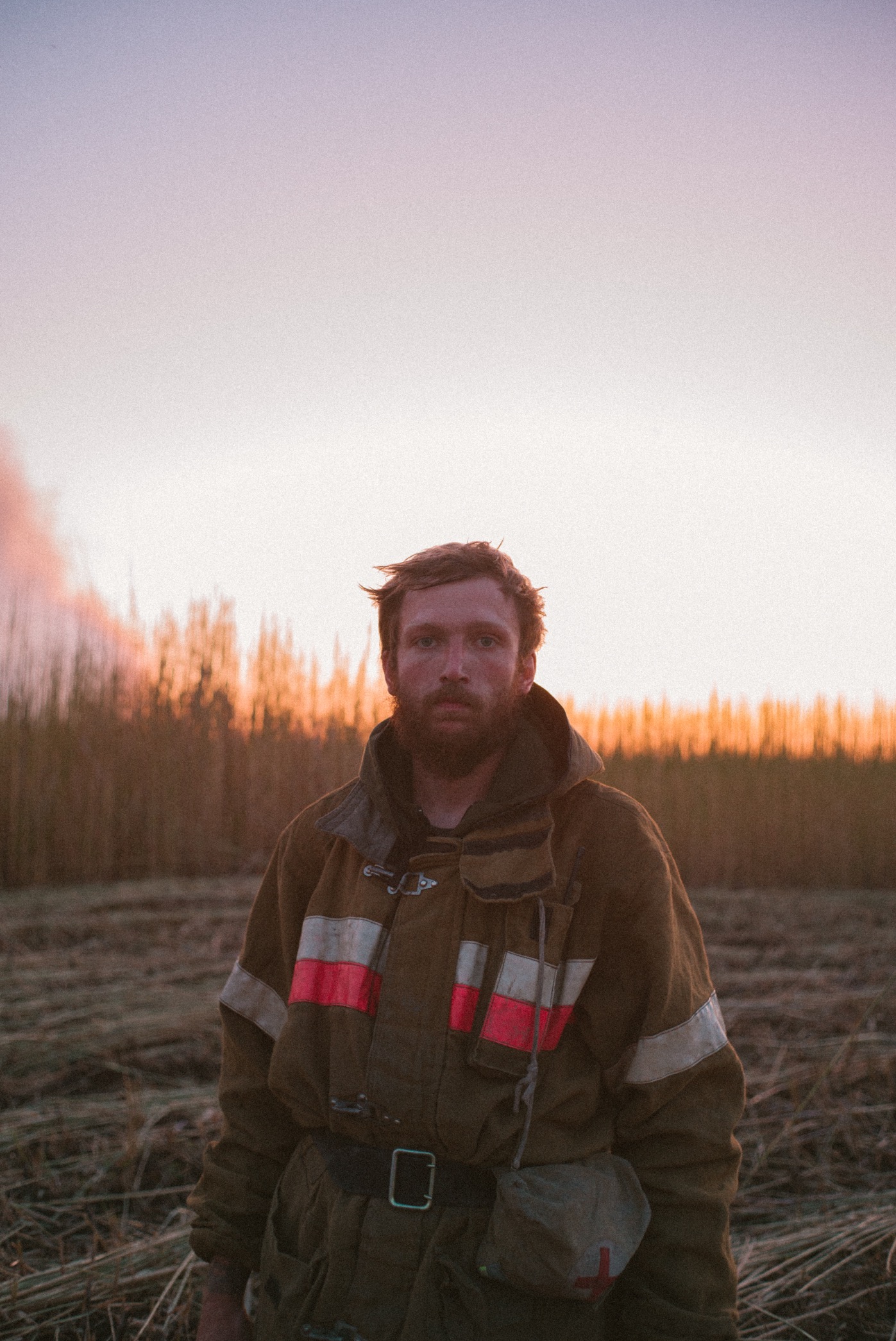 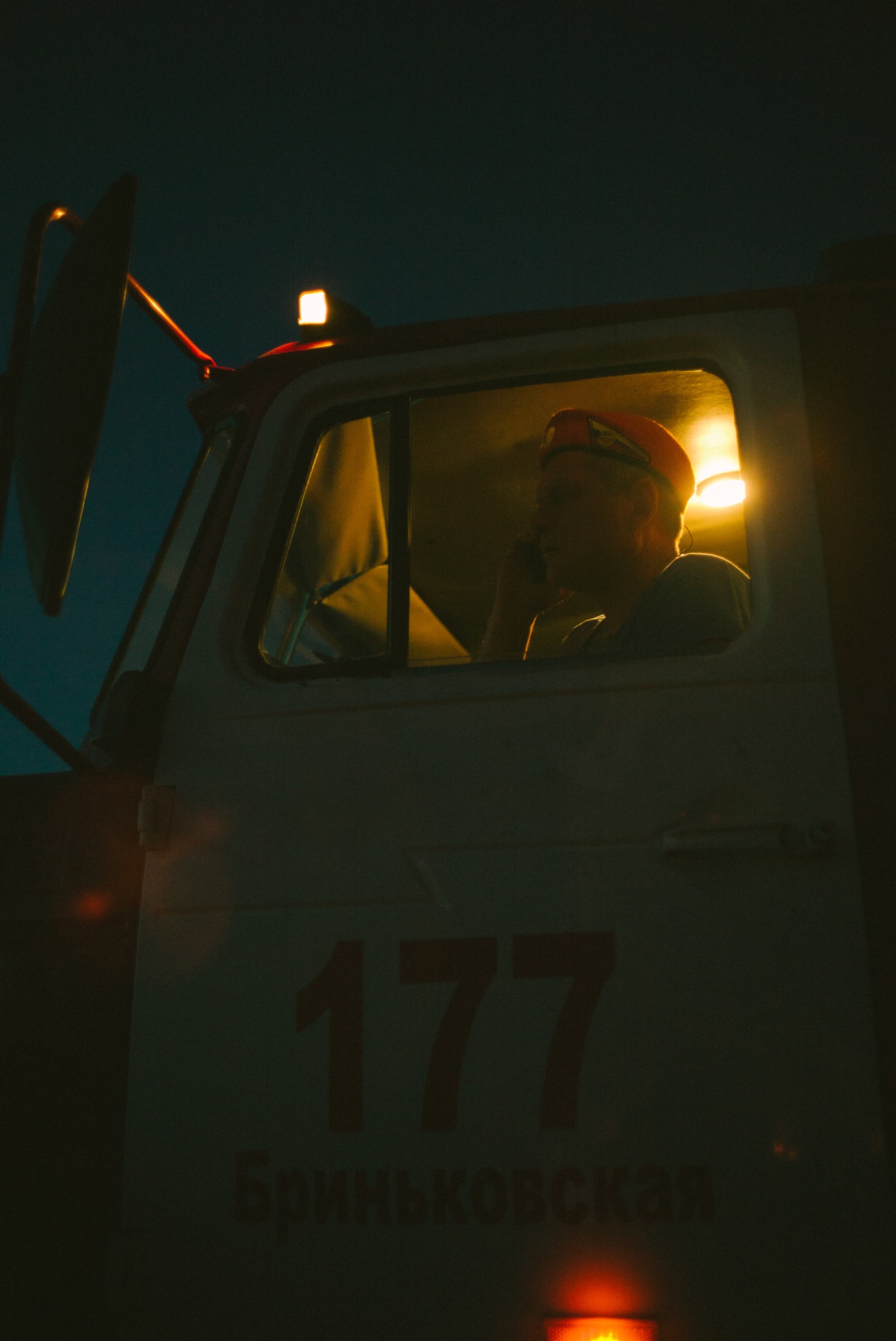 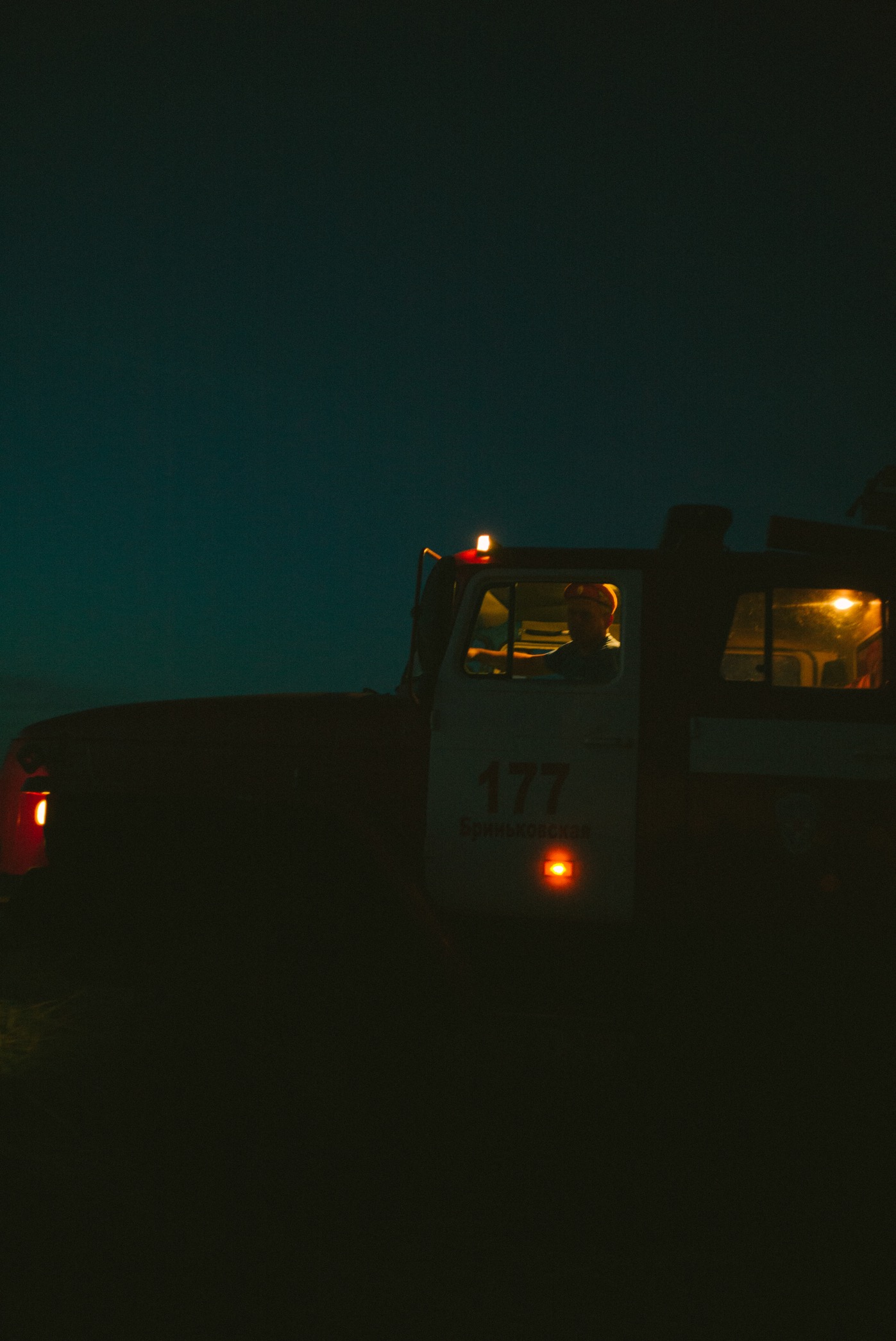 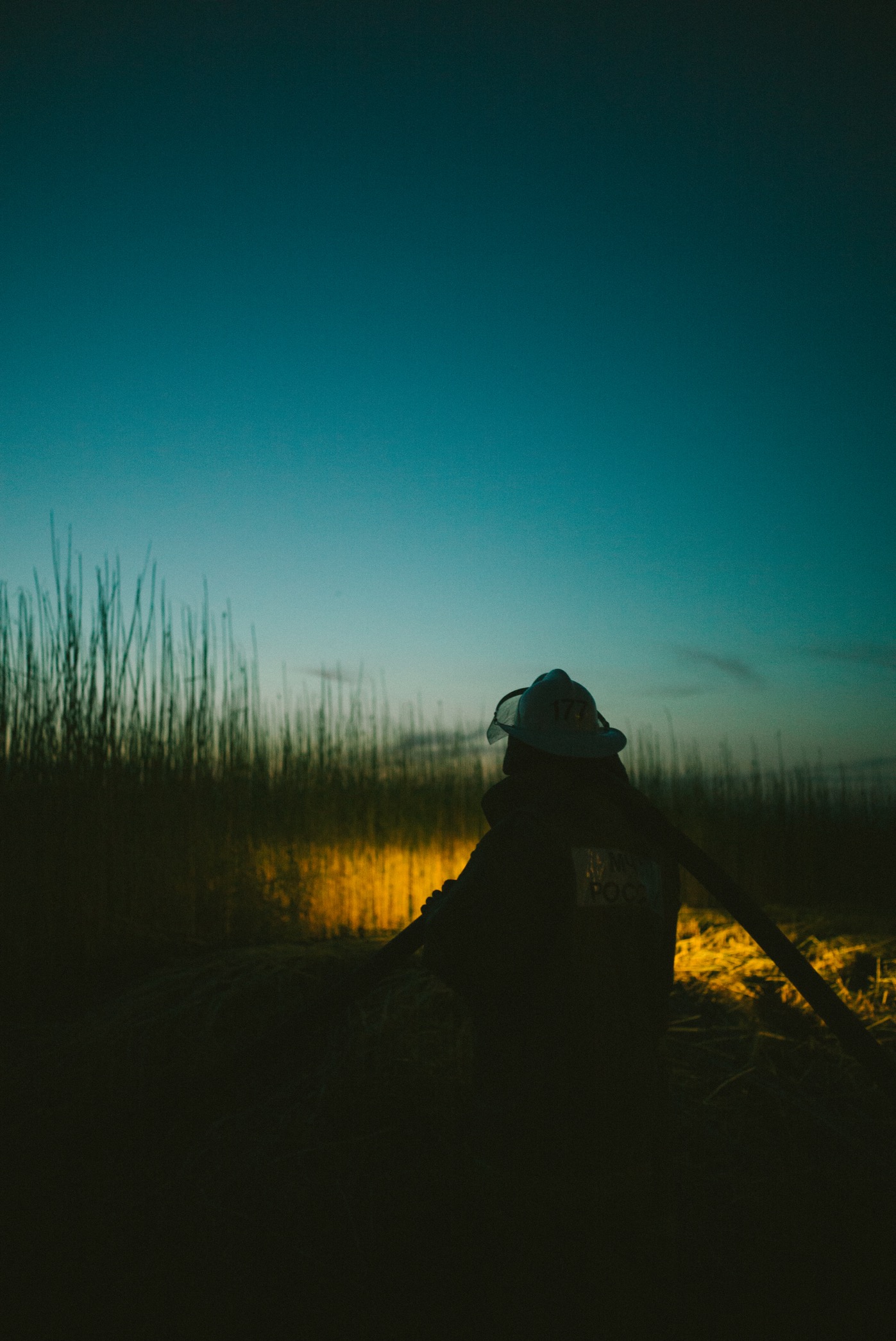 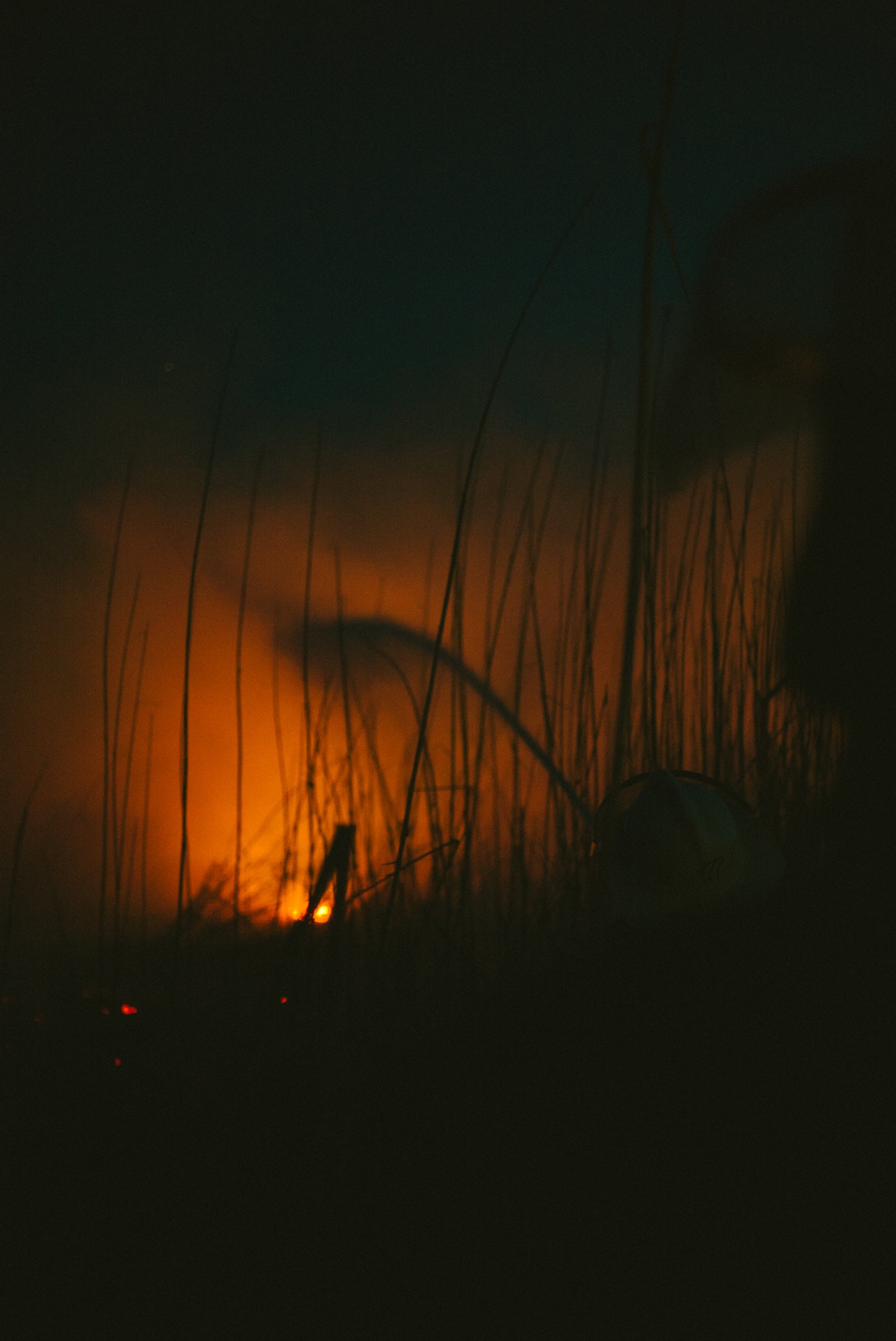 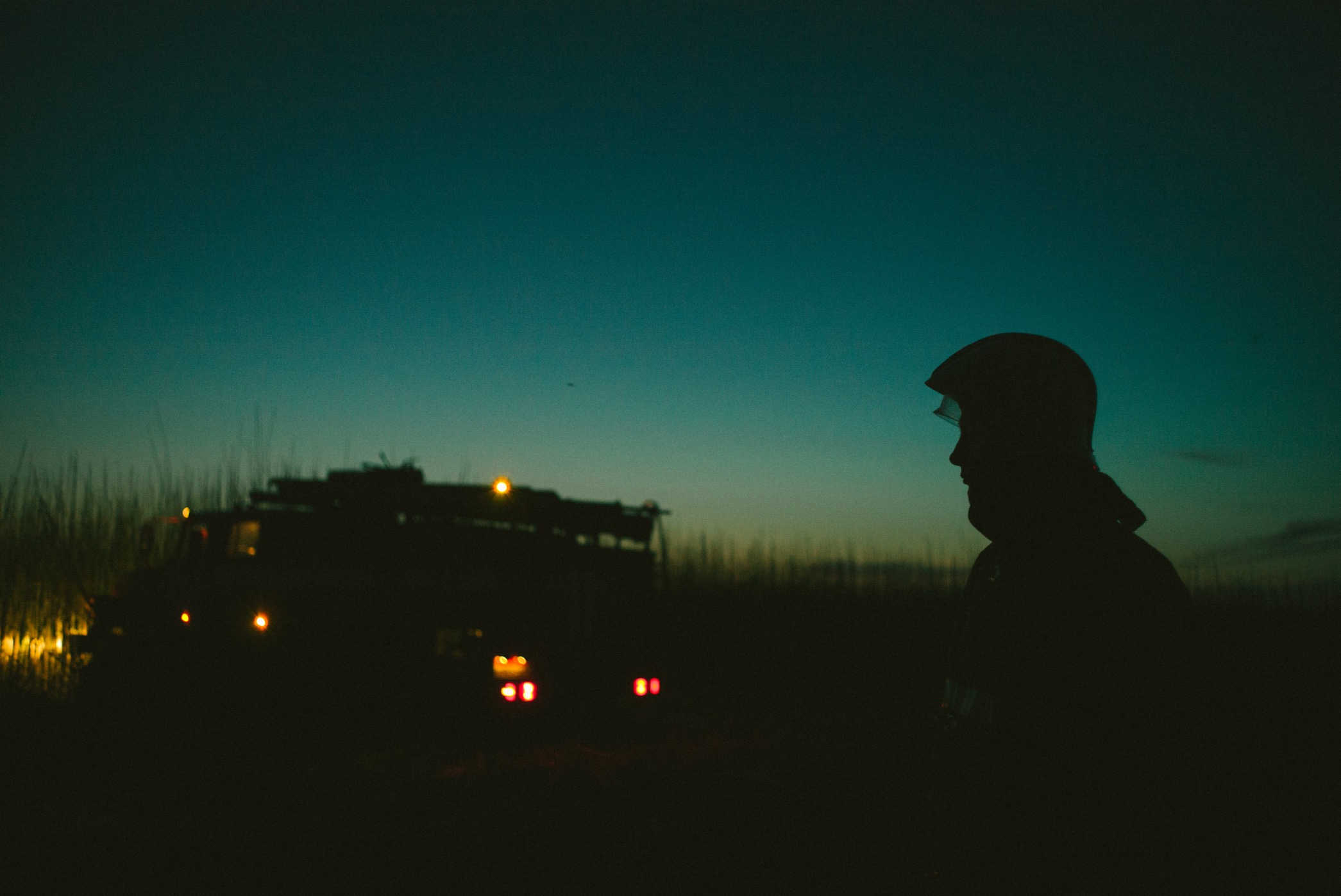 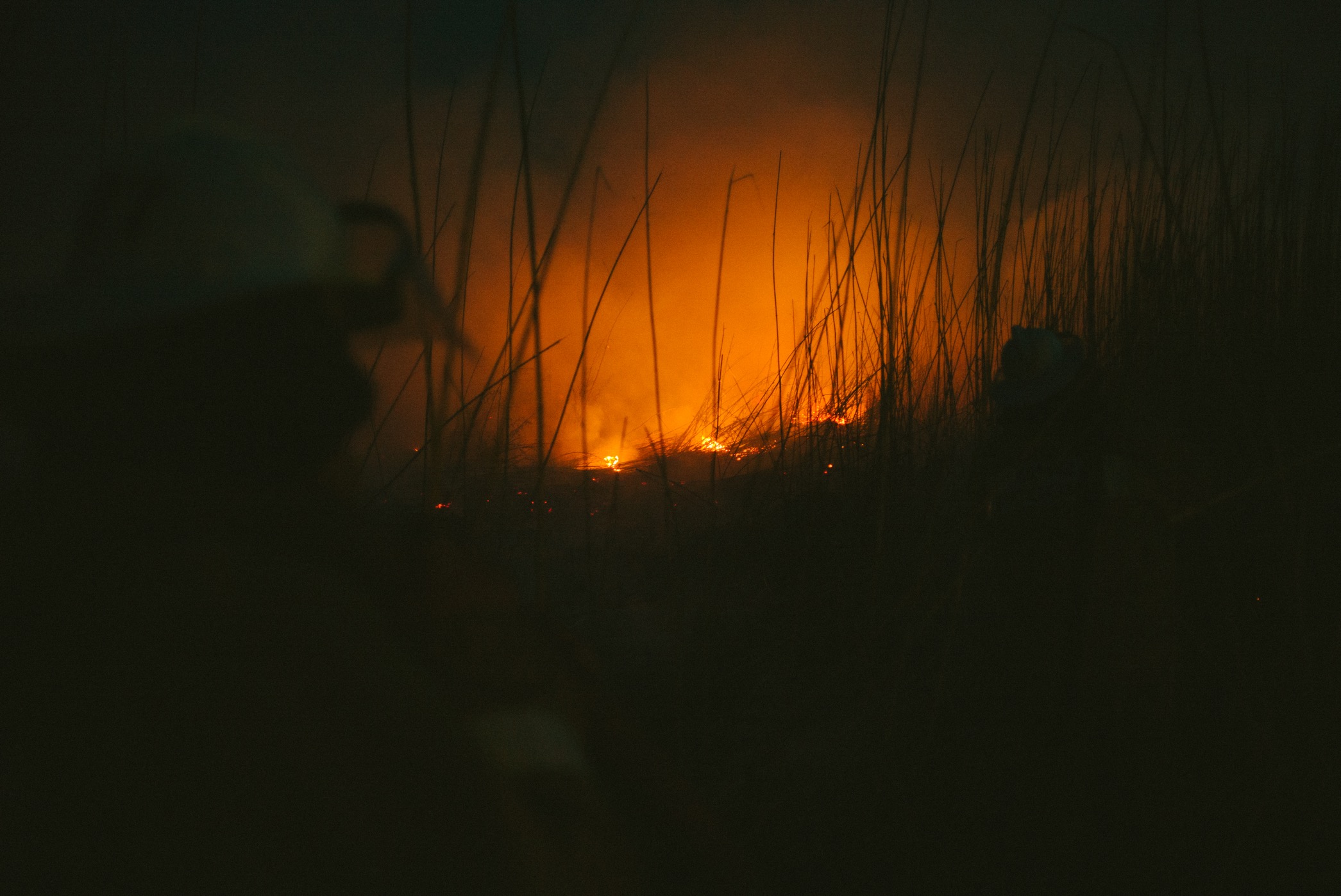 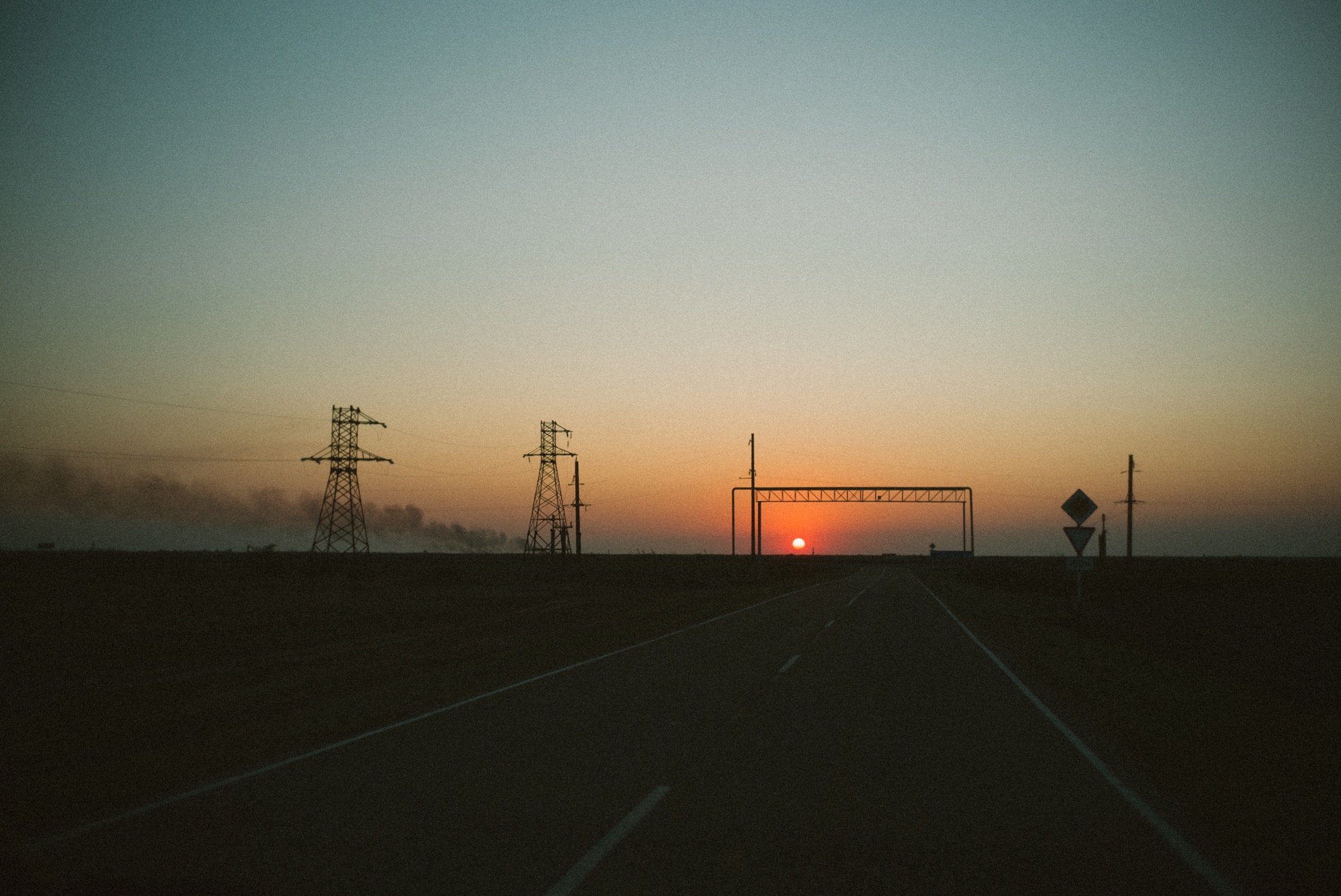 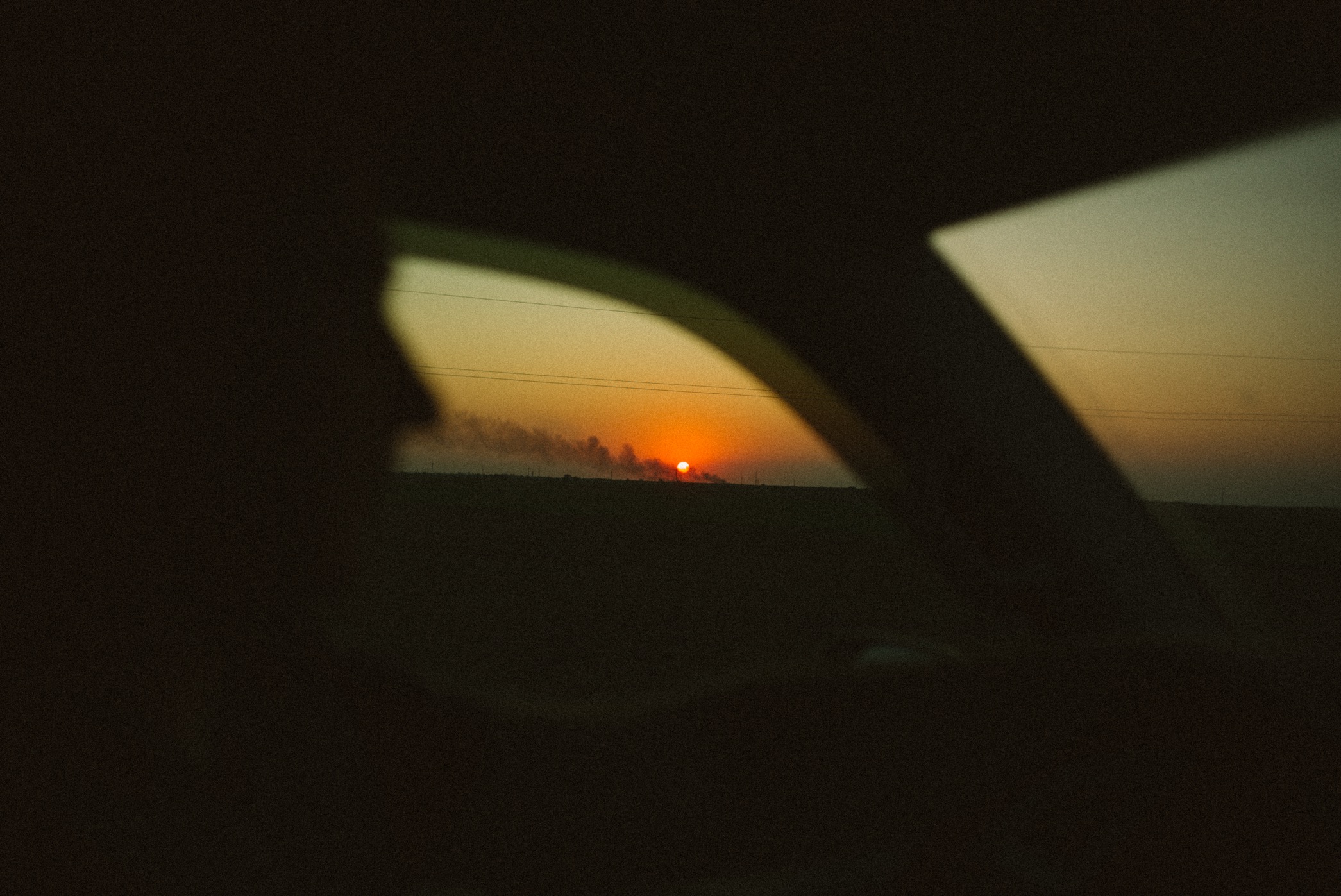 At the Iberia desk my luggage headed for the airplane without a hiccup. I had returned straight from the fires; a smoked version of me walked across the pristine floor at the airport. I handed my passport to the immigration officer.  She opened it and started examining the visa with a loupe, then with ultraviolet rays. Then she typed something on her computer, looked at the visa again. “Are you a journalist?” “I’m a documentary filmmaker.” “But it says here in your visa you are a journalist.” “Ok, I’m journalist.” Her face lit up at the admission. More ultraviolet rays on the passport, the loupe zoomed in on god-knows-what. She picked up the phone and made a call. I looked behind me. There was nobody in line. “How did you get this visa?” she asked. “At the Russian embassy in Madrid.” “What were you doing here?” “Working.” “Where did you go?” I looked behind me again. Not a single soul. She had all the time in the world. The back and forth lasted half an hour. I was exhausted and had a flashback to a 1980s Soviet film, Moscow Does Not Believe in Tears, that played often on Cuban TV.

By 1967 dad had finished his engineering degree and was given the chance to visit home. In typical Cuban fashion, he had bought too many things and had excess luggage. And in typical Cuban fashion he thought he could get away with it. At the airport the customs officer asked him to unload some stuff. He thought of everyone back home waiting for a present. “My life is here,” he appealed to the man’s solidarity with the third world. “My family needs each item.” He felt the icy gaze of the customs officer and with it the weight of the Iron Curtain. He sighed, prepared to leaved a few gifts behind. But then he had an idea. He started pulling out the heavy books first – the classic tomes b y Marx and Lenin – and placing them right next to the trash bin. There were gasps of shock in the line behind him. Out of thin air the officer’s boss appeared. He asked my father to immediately put the books back in the suitcase and move along. He was able to bring all his presents home.